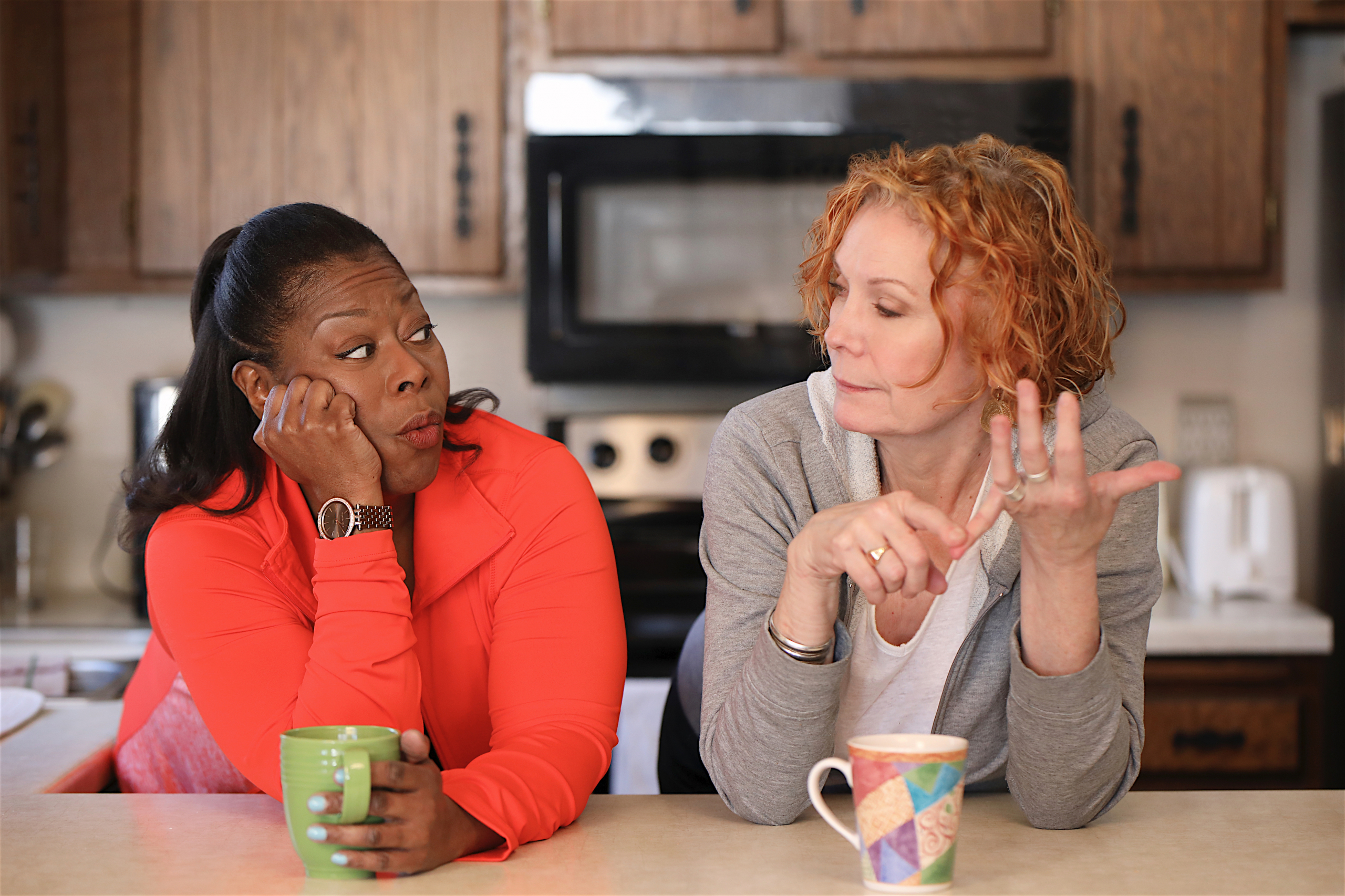 PRIME Productions presents The Roommate, featuring acclaimed actors Greta Oglesby* and Alison Edwards* in playwright Jen Silverman’s dark comedy about an unlikely pair and self-reinvention. Directed by Twin Cities’ theatre artist Greta Grosch, the production brings together two totally opposite women—a sheltered, newly divorced Midwesterner and a mysterious, New York vegan lesbian. The Roommate unfolds as an Iowa City, empty nest homemaker takes in a Bronx lodger sight-unseen. As the two begin sharing pieces of their past, they discover what it takes to re-route your life—and what happens when the wheels come off.
Ivey Award-winning Greta Oglesby, perhaps best known for her ground-breaking role in Tony Kushner’s Caroline or Change, has acted locally at the Guthrie and Penumbra Theatres, and nationally at Chicago’s Goodman Theatre and the Oregon Shakespeare Festival. Alison Edwards is a theatre, film and television actor who has worked for many years at New York City venues including the Roundabout Theatre Company and the New York Shakespeare Festival, in addition to many regional theatres. She is the Co-Artistic Director of PRIME Productions.

PRIME Productions recognized the scarcity of substantial, non-stereotyped theater roles for women over age fifty and proceeded to fill that gap. Led by Co-Artistic Directors Shelli Place and Alison Edwards, their productions tap the impressive pool of local, professional talent, address issues of an aging population and celebrate the participation of people across all genders, races, sexual orientations and abilities.

Founders and Successors
Scroll to top