Mark Valdez became Mixed Blood’s artistic director in June 2022. He is an artist and cultural organizer whose forté is partnering with communities, organizations, civic institutions, and others, using theatre and creative tools to address community needs and lift up community voices and stories.

Mark previously directed nine shows at Mixed Blood, served as a Resident Artist for two spans, participated in planning and producing, and was Acting Artistic Director/Producer in 2011 and 2015 while Jack Reuler was away for outside projects. In partnership with ashley sparks, he created, wrote, and directed Mixed Blood’s most recent work, The Most Beautiful Home…Maybe, about housing insecurity, which had runs in Los Angeles, CA, and Syracuse, NY, and soon in Mesa, AZ.

Mark developed a “Good Neighbor Framework” to articulate and assess work and intentions with the community. Additionally, he helped design and implement Project 154, a collaboration with local health providers to use story and personal narrative as a means to improve health outcomes and patient advocacy in Cedar Riverside.

Mark began his practice as the Associate Artistic Director for Cornerstone Theater Company, a Los Angeles-based ensemble creating plays in/with/for communities there and across the nation. He was also the Executive Director of the Network of Ensemble Theaters (NET), a national community of artists and organizations committed to collaborative creation. In addition to establishing new funding programs for artists aimed to encourage collaborations and build community between artists, Mark launched the MicroFest USA initiative, hyper-local events that explore the value and impact of the arts and artists to communities. He has worked with an incredible list of organizations and has received multiple awards and honors including the 2019 Johnson Fellowship for Artists Transforming Communities.

His new position at Mixed Blood is not his first experience with being an AD; he served as the Acting Artistic Director of Cornerstone Theater where in one season he implemented a new four-week Institute program for on-site collaborations in rural communities and oversaw all artistic programming, including season selection.

Mark has authored and directed plays for Trinity Rep, The Alliance Theatre, Native Voices, Teatro Vision, East West Players, ChildsPlay, the Center Theatre Group, and more. He has served on the board of Theatre Communications Group (TCG) and the Performing Arts Alliance as well as directed at numerous colleges and universities. He holds an MFA in directing from the University of California, Irvine.

Mark is a 2022 recipient of SDC’s Zelda Fichandler Award, Americans for the Arts’ second Johnson Fellowship for Artists Transforming Communities, and the California Arts Council’s 2021 Legacy Artist Fellow. His work has been supported by ArtPlace America, the National Endowment for the Arts, the Ford Foundation, the Wallace Fund, APAP, the Mellon Foundation, the Doris Duke Charitable Trust, the Irvine Foundation, and many others. 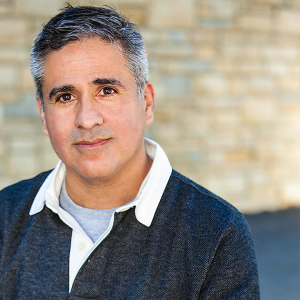